Leadership Manifesto: How to bring out the best in creative people

How do you create an environment that brings out the best in people? Vault49’s Paul Woodvine shares a creative leadership manifesto.

The world of football is changing, and branding is critical

For over 150 years, the beautiful game has been woven into the fabric of British culture. Most UK households have a relationship with football (or soccer, for our US colleagues and friends) – casual kickarounds in your local park, the camaraderie that comes with supporting a team, or even the competitive spirit of playing FIFA online or setting up Fantasy Football leagues with your mates. There are very few things that cross social demographics, cultures and continents the way that football does. It’s quite incredible when you think about it.

But in our increasingly digital-led existence, and with a new generation of fans on the horizon, the way football clubs show up across platforms needs to evolve.

Clubs aren’t just competing against their homegrown rivals on the pitch anymore. Esports and gaming now command huge international audiences, and a new set of fans who don’t necessarily distinguish between the real and the virtual game are emerging. Geographical boundaries are being broken down, and the team you choose to support isn’t necessarily handed down from a family member, or connected to the area you live in. Football is global, it’s multiplatform, and it’s for everyone.

How clubs engage with fans on social media is also an increasingly integral part of the football experience. And, as we’ve seen with the likes of Marcus Rashford, high-profile players are becoming changemakers and inspiring leaders dedicated to tackling wider societal issues off the pitch, just as much as they are sporting heroes on the pitch.

All of these factors combined, the role of football in culture, sport and entertainment is transforming faster than ever before.

But what has all of this got to do with branding?

With design at its heart, good branding is all about finding the most powerful way to tell a brand’s story across any medium or touchpoint. And when you think about what this means in the context of football clubs, that’s a huge remit.

From the kit the players wear to the in-stadium live match experience, collaborations and sponsorship deals to how the teams show up online and in games like EA Sports’ FIFA franchise, there are a lot of platforms to think about. And that’s without even mentioning the countless merchandising opportunities – pin badges and stationery to homeware and toys, branded tech, and pretty much anything else you can think off.

What I’m getting at is this: football is no longer about fans buying a replica shirt and watching a live match on TV. The scope for branding in football is vast, and clubs need to think more like brands if they want to stay relevant and show up for this new generation of fans.

As a result, there has been a trend emerging amongst top tier clubs to rethink their visual identities, acting more like brands to drive impact on a global scale. The results have been mixed, and often split fan opinion.

The transition has already begun

For me, Juventus was ahead of its time with a rebrand in 2017 that repositioned the Italian club to go “beyond football”, setting it up to grow into a global brand. I personally love the bold, single-minded approach to the club’s visual identity and the flexibility in how it can be executed. When this launched, it felt like the future of football.

On the other end of the scale you have examples like the highly controversial crest redesign for Leeds United. This one didn’t even last a week, with over 77,000 fans signing a petition against it. The club had to quickly backtrack, then held an open call for people to submit their own design ideas to try to appease their fanbase.

With this in mind, for those about to embark on a rebranding journey: how do you successfully transition from a football club into a fully functioning brand? How can you connect with a new generation without alienating your existing fans?

Team badges and club crests are the equivalent of a brand’s logo. Often created 50+ years ago, these commonly complex designs were born from the club’s heritage, and often stick around, largely unchanged.

People, of course, consume brands and content differently than they did 50 years ago. Logos need to be just as instantly recognisable several feet high on the outside of a building or stitched onto a shirt as they are a few pixels high on a social media profile.

My advice here is to think like a brand. Ask yourself, “how would a heritage brand redesign its logo for consumers today?”. There are plenty of excellent examples out there, and this is where working with a branding agency partner can really help.

And for those of you that have seen some of the recent fails, it’s also worth pointing out that redesigning for today’s fans doesn’t mean stripping out all of the storytelling, craft and character that is so meaningful to your club and supporters. It doesn’t have to end up looking flat and generic. There are plenty of heritage brands that have successfully evolved their logos without losing the heart of who they are. The Warner Bros redesign is a great example of moving on an iconic yet outdated shield-style brandmark into a modernised logo. Fit for purpose today, it still retains the unmistakeable character and personality of the global entertainment brand that people know and love.

A logo is just one key brand asset within a brand’s visual identity. Create a 360 holistic brand world and you will have all of the tools you need to tell your club’s story consistently across any channel, and through any physical or digital touchpoint. I’ve previously written about the importance of global consistency for brand campaigns, and the same principles apply in this context.

AC Milan took a digital-first approach to its redesign and created a holistic brand world that was inspired by wider culture. Successfully repositioning the club as a lifestyle brand rather than just a football team, this redesign helped the club to connect with a broader global audience, as well as local fans.

Draw from a broader cultural context

Look at what your non-football team competitors are doing and make sure you are competing on their level, too. We work with brands like Lay’s and Pepsi to tap into the wider cultural context of sport, and what sports fans care about and engage with. Collaborating with musicians, fashionistas and influencers, we connect football fans with brands in a way that is meaningful to them. Never underestimate the power of brands in the football narrative. And to revisit my previous point on gaming, brands like EA Sports’ FIFA are doing a much better job at connecting with younger audiences than most football clubs do.

When that line between real and virtual blurs, it opens up a powerful opportunity to not just replicate football, but to create and influence the stories that fans really care about. And it also offers an incredibly rich creative playground.

For example, our recent campaign for FIFA 22 Ultimate Team ‘Ones to Watch’ taps into the superhero status of players – both on the real and virtual pitch – and the data-driven nature of the game, setting a bold, dynamic visual tone that connects with gamers and football fans alike.

The future of football

One thing I want to make clear is that I’m not saying football is outdated. I actually believe the opposite. Football is a sport driven by innovation. It has the power to unite people from all walks of life across a multitude of platforms, and it is deeply rooted in global culture.

Football really IS for everyone so, rather than playing to well-worn fan stereotypes and holding on to designs of the past, let’s use strategic brand thinking and digital-first design to transform our beloved football clubs into the progressive brands they deserve to be. 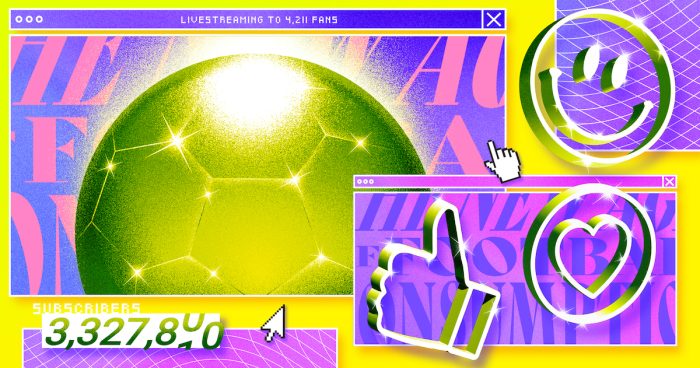 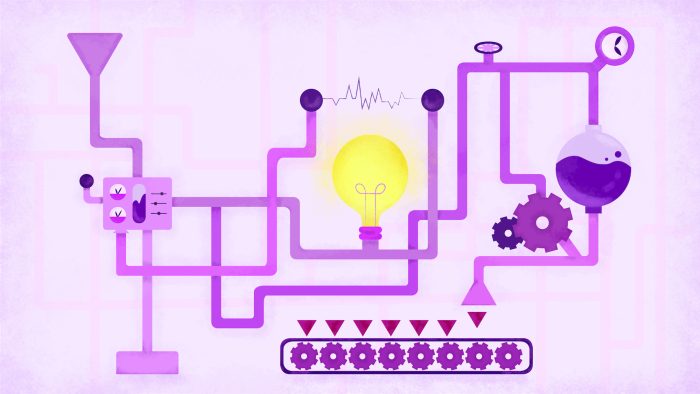 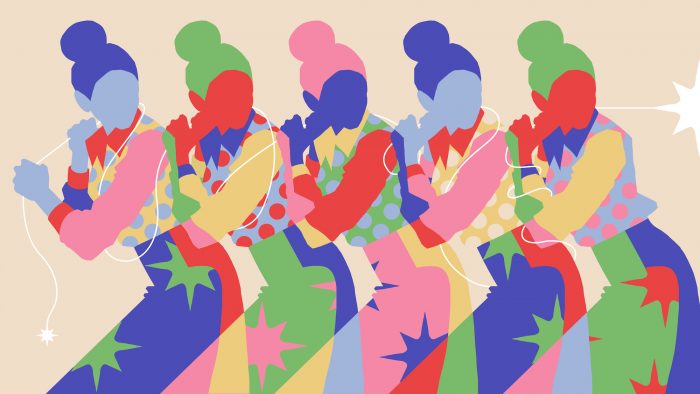 Leadership Manifesto: How to bring out the best in creative people

How do you create an environment that brings out the best in people? Vault49’s Paul Woodvine shares a creative leadership manifesto.

Inside and Out – 9 Tips for Your Next Internal Branding Project

Inspired by the street: what brands can learn from the beauty and luxury skincare industry